DISCOVER OUR CARCASSES AND BEEF CUTS

In Colombia, animals are raised outdoors throughout the year and are fed naturally with vegetable proteins, without the use of animal products or by-products.
Animals that are raised in their natural environment, where the silvopastoral system predominates, generate a healthier product. The meat from grass-fed animals is noticeably lower in fat and cholesterol. This meat has a higher level of Omega-3s and CLA (Conjugated Linoleic Acid), an anticarcinogen associated with several benefits for the body. 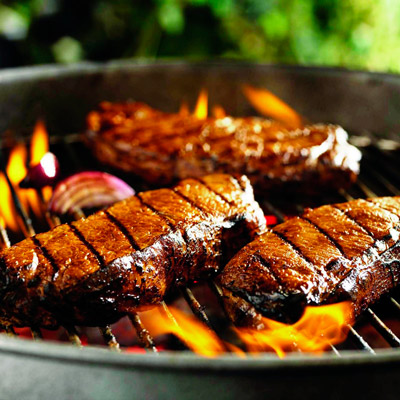